What Does the 6th House Represent in a Natal Chart?

Home » Blog » Astrology » What Does the 6th House Represent in a Natal Chart? 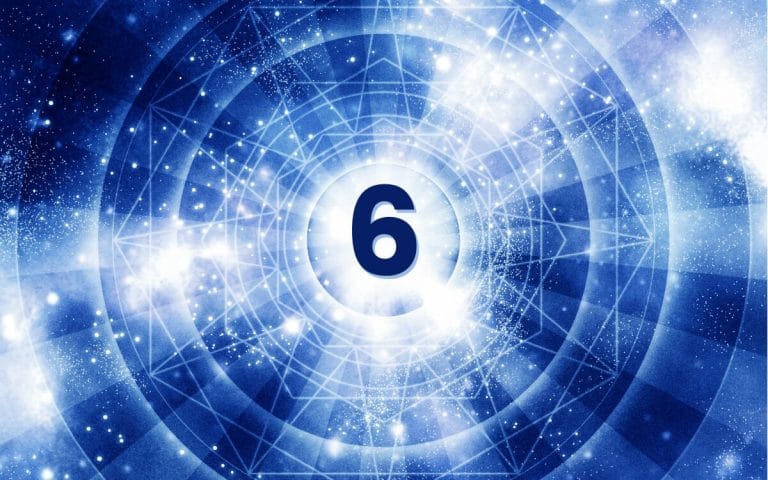 You may assume that the First House of your personal natal chart is what represents your health and habits. And it does. However, it only represents the superficial areas of it. The area of your natal chart that represents your health and habits is your Sixth House. The Sixth House of the personal horoscope also rules the areas around work, intuition, daily organization, and the ability to handle daily responsibilities. It can also represent small animals, usually house pets as well.

The Sixth House is naturally ruled by Virgo as it is an earth house. Virgo is the sign that represents health, work, and service. And, with that said, if you have any health concerns, that is the house you need to look at. Look and see what planetary transits are currently affecting that house. Look to see if transiting planets in other areas of your natal chart are making any type of aspects to the ruler of your Sixth House, or the planets in it. Let’s look at how this area of the chart represents health.

This may seem somewhat dicey when you associate your health with transits happening. Especially if you are a brand-new astrologer who is rightfully so, concerned about ethics. Here is the thing with that. If you do an astrology reading for someone and you see activity happening in the querent’s Sixth House or involves the Sixth House – you can discuss what you find. However, the one thing you cannot do is make any diagnoses. You can instead discuss any concern that you see based on the chart and tell the querent that it is wise to keep an eye on things and to tell them to see their doctor as well.

That also depends on the nature of the condition as well. You may just want to tell the querent to go for a medical checkup at a certain point during some troublesome transits without giving out any detail. That is if you notice anything that is troublesome.

However, here is an example of what is perfectly okay to do when it comes to discussing health. For instance, if the querent has Mars in the Sixth House, or that Aries is on the cusp that rules it – then you can ask if they are a migraine or headache sufferer. Aries and Mars in medical astrology also rule the head. Therefore, there is a good chance that they are prone to headaches. If you see transits that are negatively affecting the Sixth House, you can warn them that there may be a chance they could end up with more headaches during a particular timeframe. Don’t tell them it is a given. Tell them that there is a chance of it so they can keep an eye on it and are prepared for that possibility. Now, a lot of what they do depends as well on their diet.

Another important area of life that the Six House rules are nutrition and diet. The planets in this house, as well as the sign that is at the cusp of the house, can be a determining factor of the native’s dietary habits. For instance, if they have Saturn in this house that is in good condition or Capricorn on the cusp with Saturn, the ruler elsewhere in the chart in good condition – they will take their diet and nutritional needs seriously.

At the same time, that also does not mean that if they have Jupiter that is in good condition in this house that they would be prone to overeating. Especially if Jupiter has an easy aspect to Saturn. However, what they may do instead is incorporate foods of foreign cuisines and can definitely stick to healthy eating habits.

The planet that is problematic in this placement is Neptune or Pisces as the cusp of the house. Neptune can easily make the native unaware of how they are handling their health. They may be overeating or are undereating – which depends on the aspects Neptune makes to Jupiter or Saturn. They may be prone to not sticking to a schedule. They may have trouble with organizing.

The way someone manages their lives is also shown in the Sixth House. Going back to Saturn, as it was briefly mentioned before, Saturn transits that involve this house can be quite indicative of how well someone organizes themselves on a day to day basis. They follow a schedule. They would write important appointments and facts down, facts they need to carry with them during their everyday lives. They would set reminders as well in their apps for upcoming appointments as well as when bills are due to be paid.

Really what it boils down to is that any planet in the Sixth House that has easy aspects (especially to Saturn whether Saturn is in this house or not) will stay organized. Hard aspects to Saturn, Jupiter, Neptune, or Venus will be indicative that the native has a difficult time keeping their day to day lives organized. They would be the ones who would likely miss their appointments or bill payments. They may only remember to pay their bills when they receive a phone call from a creditor asking them why they have not paid up yet.

And another important aspect of life that the Sixth House represents is work.

Someone’s area of work is what is shown in this house. It is not the house of career and reputation which is shown by the Tenth House. However, the Sixth house basically shows their specialty which can be expressed through their career. For instance, if someone has Gemini on the cusp of this house but Mercury is located in the Tenth house, then that can be indicative of someone who is a writer.

They spend their days writing for a living. But since Mercury is in the Tenth, then they would likely be a well-known author or writer. Therefore, they would be known for their work. Another way that Gemini or Mercury that involves the Sixth House expresses itself is by the native having multiple careers or being the jack of all trades. This house can also represent side jobs that the native takes in addition to having a separate career.

This house can also indicate someone’s attitude towards their work. You can imagine that those who have ties to Saturn in this house that is in good condition would take their work very seriously as well. Those are just some examples of how this house is indicative of someone’s work and worth ethic.

Another important area of life that this house represents are house pets.

Housepets or small animals is what the Sixth House rules. That means it represents dogs, cats, birds, rodents, and fish. The opposite house, the Twelfth House represents large and exotic animals. Do the placements in this house indicate whether the natives would adopt pets or not? Yes and no. Transits that involve the Sixth House can change that.

You would think that if someone was born with Saturn in this house that was in good condition (or not) would not want any pets. However, a Neptune transit, which would cause a sense of compassion could involve this house. That would influence the native to go and adopt a pet. They would still be picky about the type of pet. For instance, they would have the urge to adopt a dog, but it would have to be a non-shedding dog. As long as the dog does not shed fur everywhere is what matters.

It is also possible if the native has Gemini on the cups that they would adopt several pets. Again, that also depends on the condition of Mercury.

There are so many factors that play into how someone’s Sixth House really looks. However, in order to know the work ethic of an individual, as well as the line of work they are in, their diet, nutrition, health, and habits – and whether or not they have pets – you would have to see it all in the Sixth House.