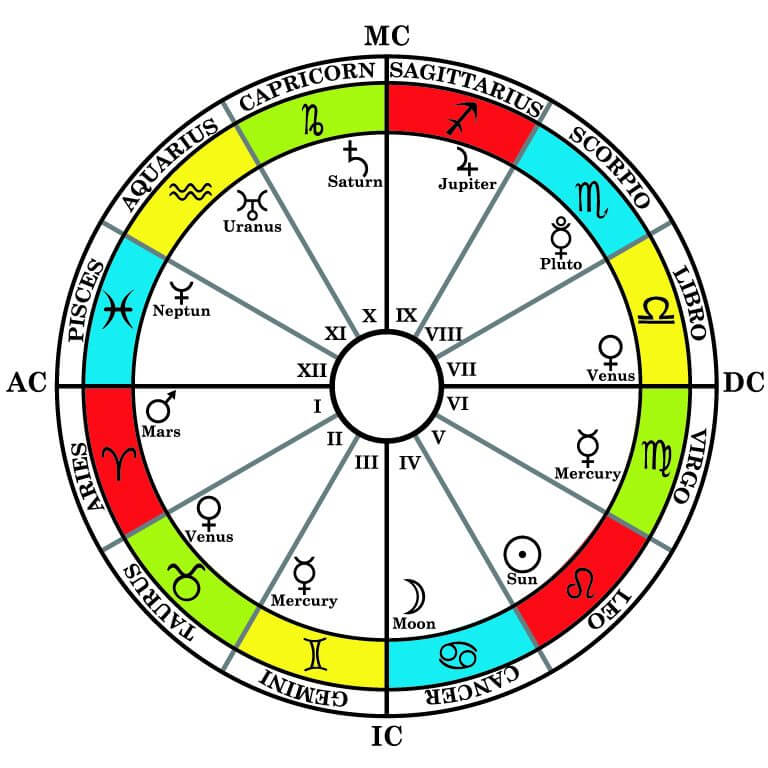 Let us break it down very simply. Like every building needs a foundation before work can start on its actual construction, every subject of knowledge needs a few building blocks of its own. One of these is the astrology houses and planets.

What do the houses mean in astrology?

Astrology knows about the planets, the sun, the moon, and then their respective movements, but all of this ought to have a standard. Who would you be comparing Mercury’s movements to? This is where the astrology houses meaning comes in. As everything happening in the world is affected by the movement of the planets, the houses in astrology help us learn that better by bringing everything down to the level of earth.

What are the 12 houses in astrology?

There are a total of twelve astrology houses charts, which are numbered counter-clockwise from the cusp of the first house. Now there are a number of house systems that exist in the world, and most of them are region-specific, but the most common one is the Placidus house system, and we will be setting it as the standard for this article. Find out all the houses below!

Also very dearly known as the House of Self, the first house deals with all there is about one’s personal self. This includes their physical strengths, weaknesses, and more specifically their body. It is important to realize over here that each of the astrology houses deals with certain factors that have a major role in one’s life, thus establishing the fact that everything indeed is happening as the planets change position in the universe.

In broader terms, the first house is known as the house of life. This is primarily because it helps a human being pass through the personal battles, being fought within one’s own body. Some may even hold the white blood cells responsible in connection with the first house, as they deal with inner physical battles, even if they are beyond the human eye. For people who love to delve into specifics, this house deals with all things physical for a human, be it their appearance, shape, body, or energy.

Aptly called the house of value, the second house of the astrology houses talks of one’s habits, like eating. These can include anything, the good habits that involve healthy food, the bad ones with the junk food, even the ones everybody considers morally wrong but they have been of great service to you so far (remember energy drinks?). In philosophical terms, this is something that feeds the soul, just like actual food serves your physical organs. Being abstract, habits indeed not only feed the soul but help build it bit by bit.

The second house looks over all of these factors. As some would say, it represents the epitome of a human being’s materialistic desires in this world, because everything starts with hunger. A subtle proof of this is every race in the world being for the sole purpose of food, all jobs, all competitions, everything, so that one could earn and feed themselves, their families, loved ones.

Out of the 12 houses astrology, the third house is that which deals with communications. Whatever one may say, communication is probably the top skill that any individual may require in their work around the world. You may have gathered by now, each house affects each zodiac sign in a different manner regarding their case, as is communication this time around. This is also dependent on a variety of other factors, including which zodiac signs pertaining to each of the astrology houses, belong to which of the four elements, and such.

Additionally, when talking about communications, the third house also takes care of all the inner communications one has going on inside their heads. This is all the more important because these are the very voices that end up helping a person finalize decisions about what they intend to do with their lives and how to take it forward from this point onwards.

Being the house of home and family, the fourth house is perhaps the most unique out of the astrology houses, as only this one deals with something beyond one’s personal life in very strict terms. This house, although relating directly to the sign of cancer, as astrology answers, is something of a marvel in itself as it makes a human being realize the importance of family and home.

On a broader spectrum, this is actually one’s cue to being somehow connected deeply to their roots. And if we look at it philosophically, when everyone is connected to their roots, they all, in the end, do come together as one huge family, or one huge component. This is one of the few arguments astrologers give in their quest to prove that everything is indeed connected through the movement of the planets, and the fourth house is a key to realizing that.

We are all familiar with the phrase, the child in us. In a quite literal turn of events, the fifth house represents just that. Don’t get us wrong, though. It does not really represent being taken care of and a future with no responsibility, it takes care of all the joy, and fun one expects to have in life or strives for. It is very interesting to note, also, that all the colors of the world also find solace in this house.

With each zodiac sign depending upon what element it belongs to for their limit of creativity and fun, it is the fifth house that controls the degree towards which each sign is awarded their share of joy and happiness. This is not to be confused with if some signs are permanently infused with sadness, it goes on to show that the astrological houses are responsible for the planet placements that would result in joy.

When we talked about the first house, we mentioned how it represents everything physical in the body, a human being’s strengths, weaknesses, body shape and even health. However, if we were to talk about health specifically, the sixth house out of all the astrology houses is there just for that. While the first house relates to physical health only, the sixth house is a complete set that deals with physical pains and healing, psychological issues and how a person perceives the world.

It is, after all, necessary that a human being is at least mentally capable of having a grip on his life if not physically. In addition to that, this house also teaches a human the difference between fatally crossing one’s limits or to stay in them and work to one’s full potential. This enables one to take better control of their lives and lead themselves to all things great that they had once imagined.

With a Latin motto that literally translates to a spouse, the seventh house of the astrology houses is responsible for all the relationships we hold in our life. Dealing with each zodiac sign at a different level, this house makes one realize the importance of having a partner if they are to succeed in life or at anything smaller than that.

It is true that at times working alone is probably the best solution, however, there indeed is a true soul mate for everyone out there, and if found, through the virtue of the seventh house, there would be nothing one cannot achieve that they have set out to achieve. With its signature zodiac sign being Libra, this house always looks for balance, like yin and yang, and like two human beings neutralizing the negativities of each other out.

Is there anything in your closet that you absolutely hate? But you still keep it, because, well, it completes your wardrobe? Although weird, this is pretty much how the eighth house works. It is not just hated, it is feared, often ignored, and at all times avoided by people. The reason for it is very simple.

This house represents all of a human being’s fears, limitations, and drawbacks. Let us be honest, no one likes being confronted with something they are most scared of. Adding to its tone of darkness and being sinister, this house only speaks of revenge and hate, whether it is coming from a person or for a person. It is also directly connected to the zodiac sign of Scorpio.

Coming out from the fear and apprehensions of the eighth house, the ninth house offers one something different. It is the house of pondering, of philosophy, and of travel. Asking questions has been the human race’s most favorite hobby, and this house curates that habit.

The ninth house is responsible for all the questions human ask that lead them to quests of knowledge, be it about the afterlife or the current one. Travel is associated in this house because even since ancient times, knowledge does not come easy and has to be sought after traveling great lengths.

Every person comes into this world with aims, ambitions, and the dream of a life like no one else’s. This often gets meddled up in the obstacles that life throws at us. However, the quest never stops. For someone passionate about their dreams, they keep working until they have with them a legacy, a kingdom, something to show for their worth as well as their hard work. This philosophy behind one’s career and success is the one that governs the tenth house.

Although the work designated to the eleventh house may seem ordinary, there have been efforts by experts which have led to moments where astrology answers differently. With a literal translation from Latin assigning this house the task of friendship, this house in actuality offers a lot more. It is also responsible for, just like one other house, one’s communication with the inner soul.

In an exciting scenario, this is the third house if one is to start counting from the ninth house, which is responsible for religion. Bringing all the math together, this translates to the way God speaks to us. This leads us to conclude that through the stars if God is speaking, astrology indeed is the true way to move forward. Coming back to friendship, this house indeed does value all that covers looking out for each other. Any and all non-profit works, charities, and other such stuff falls under the banner of this house.

This is perhaps the most confusing house that was ever tried to be explained. While each of the rest of the eleven astrology houses has something very acute defining them, the twelfth house has a literal Latin translation of prison, showing how vague and different it is to all other houses, which are responsible for something solid acting in a human being’s life.

The best way to perceive a prison is to think of all things that hold someone back from achieving in their life. True, it could be their weaknesses or fears, which the other houses represent, it then can be concluded that everything behind someone, the stuff they have left behind in life in order to move on is the one that this house represents.