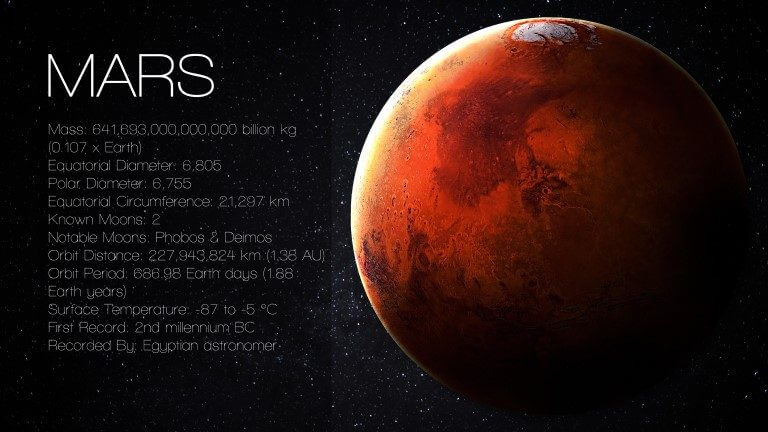 Mars which is also known as the God of war is the planet that rules Aries zodiac sign and traditionally Scorpio zodiac sign. The main paradox of this particular planet which hides behind the fact is, Mars is the planet which is in charge of the first and the last breath we take. With Aries the zodiacal circle which clearly shows the beginning of the life and which has its deadly end in the sign of Scorpio. However, Mars is always seen as portraying characteristics of destruction. As it has always been held responsible for war, destruction, hurt and fights because these people are considered to be very aggressive and possess warrior-like qualities.

Furthermore, Mars contributes to an unconscious animalistic nature of a person to whom we do not provide with enough freedom. Since we do not give them the freedom that they need, due to these restrictions, they tend to react with hate and aggression. If they are imposed with restrictions on their expression of energy, then this particular reason will lead to the hindrance of all sorts as this will also result in building up of frustration and anger within themselves, below their surface, and beyond the fact that they normally show the rest of the world.

The planet Mars tends to represent our first Chakra, the basic energy that we possess and also speaks for the fears that tend to take over our lives and stop us from moving forward. It is also believed that after all these restrictions and difficulties that make their way it is only planet Mars that helps them to find their grounding, only if they are brave enough to live a life on the planet earth to their full potential.

Mars provides them with the energy that they need to pursue their dreams and also helps to solve any existential and material issue to assist them to achieve their worldly goals.

What is the meaning of Mars in astrology?

Mars is considered to be the planet of passion; it is also known as the zodiac’s action planet. Mars is the Red Planet, which will, after all, be pretty fiery and it is the planet that will never let you down. Determination, energy, passion, and drive are all the characteristics that right up Mar’s alley.

Mars is the planet that will command you, to stand up for yourself, raise your voice, get noticed and get the things done that you want to. Because if you are the person who will be sidelined, then I am sorry you are the one who belongs to some other place in heaven but surely not Mars.

So, in simple words, Mars is the planet that speaks to the confident expression and power of the individual. Another thing in Mars’s realm is competition and ambitions. These people tend out to be very competitive and have high ambitions that fight for their goals and do not give on them easily.

Whether it is in the field of play or it is at work Mars encourages its people to face the challenges and to be at their best to tackle these challenges. However, this situation also triggers aggression whereas, Mars also values honor and courage. Fearless, daring and assertion of nature also please this particular planet.

Considering mars as the planet of passion, it is essential to take into consideration that the energy that mars provides its people can also result in being constructive as well as destructive. In ancient time, the god of war mars to no surprise could be brutally violent. However, this energy is not only used for aggression, but this can also be used for good. All the achievements that are a part of Mar’s mantra include ambition and stamina that they possess to achieve their goals.

Mars rules our sexual energy and sexuality, governs weapons, surgery and accidents these two which contribute to the yin and yang nature of this particular planet. In the end, however, it will not be wrong to state that if the energy that Mars provides us with can turn out to be very useful but only if this energy is used in the right manner.

To complete its orbit through the zodiac, it takes Mars nearly 2 years. Mars is the planet that shows masculine energy and is the ruling planet for both Aries and Scorpio as well as rules the first and the eighth house respectively.

Mars that is named after the Roman god of war, it is also referred to as the “Red Planet” because the color of the planet appears to be red when it is viewed with a naked eye. The color which appears to be red is considered to be the rust that is covering the planet’s surface, but if we look at it, Mars looks like a reddish glow to the stars in the sky at night. Contradicting to the popular belief about mars that we have currently, it is not considered to be a very friendly planet. This is stated after seeing that out of a total of 39 missions that were carried out to Mars only 16 of them turned out to be successful.

From the sun, Mars is the fourth planet, and after mercury, it is the second smallest planet that exists in the solar system as that of now. The atmosphere of Mars is very thin, it experiences strong dust storms, and the surface of this particular planet also gets very strong because of its distance from the sun. The two moons that are accompanying the planet Mars are Deimos which means “panic” and Phobos that means “fear”, this is to only remind us of the challenges that are circling us.

What does Mars Represent in Astrology?

If we desire to describe Mars astrology and the effects that it has on the entire of the zodiac, we need to understand the fact that Mars is among the planets that tend to represent the beginning of all the beginnings. It is our first breath and also the first scream making it responsible for the body that we have along with the incarnation we are in.

Mars which is known as the strong symbol of unchangeable karma and fate, this in Eastern tradition is also viewed as the greatest malefic. Moreover, the planet Saturn is also considered to be as the evil “counterpart” of Mars in the west. But the truth is that both of these planets represent our unconscious world as well as needs that we fail to understand with the help of any of the senses that we are given with.

However, we are the people that mostly rely on our heart and mind; instincts are at certain times misunderstood by people and are most of the time pushed aside by them considering that they are unworthy or less desirable. With having an instinctive and healthy sexual approach towards life, with setting our strong boundaries and living without fear, we have a way to utilize the benefits that Mars provides us with to create or achieve anything that we strive for in our lives.

More about Mars in Astrology

According to all the astrological readings, this particular planet is considered to be as fast, aggressive, instinctive, pushy, rash and angry. On the other hand, Mars will be the pool of energy that we will need in this lifetime. Relying on the mars sign, the aspect and dignity that it makes, we will end up seeing the ability that it provides the people wish to utilize their energy in achieving their goals. In case if Mars turns out to be weak, set in challenging square or in Cancer, then this energy which they possess will result in bending the person, and there are very high chances that this will lead to destructive or self-destructive behavior of the person.

Since Mars in astrology rules our instinctive along with our unconscious tendencies, it is considered to be the master of crimes of passion, in the situations when our choices that we take become vague and foggy and when our mind tends to darken. This alone may be the reason for all the aggression that exists in this world, but this merely is a point in order to show as to which physical needs were never met in our lives.

In the morning the force that helps us in order to step out of bed, our active energy, and the desire nature is because of mars. However, if we look at the negative side, we can also show the signs of being rash, aggressive, very impatient, forceful and impulsive. As stated in the charts the position of the mars signs shows how we express our temper, the basic sexual nature and what are the things that make us angry and what is our first instinct to act. The competitive nature that we have is raveled in the nature of Mars sign. The position of the planet Mars shows that by the house the areas of life where we tend to express our enthusiasm.

The personality of a Mars Zodiac

Mars is all about red, flaming, spicy and sharp. It is none less than a gun or a knife, any weapon or anything that is capable of inflicting pain. No matter what comes in contact, it has the tendency that it will be hurt or bruised until and unless we are surrounded by strong boundaries. It is the planet of war and battle which speaks for our need in order to enter into a battle, fight for our right, fight for our ambitions, fight for what we deserve and fight in order to achieve our goals as we do not believe just in settling down.

However, Mars has no common sense or awareness without the help of Mercury and Sun as it also does not have any understanding of emotions without the help of Venus and Moon. It provides us with the energy to be focused on our goals and keep our heads high and work in order to achieve what we desire.

The mars sign meaning shows the circle of spirit, which is directed outwards straight into the world. Moreover, the sign of the planet Mars is a symbol of assertion and direction. This particular sign is held responsible for the way in which we tend to express our anger, the things that make us angry and also what are the different ways through which we overcome it. This particular planet, however, provides us with the maximum amount of energy that we possess. Whereas it should be made sure that this energy is used on the right path to achieve your goals in life because if it is not then this may lead to destruction.