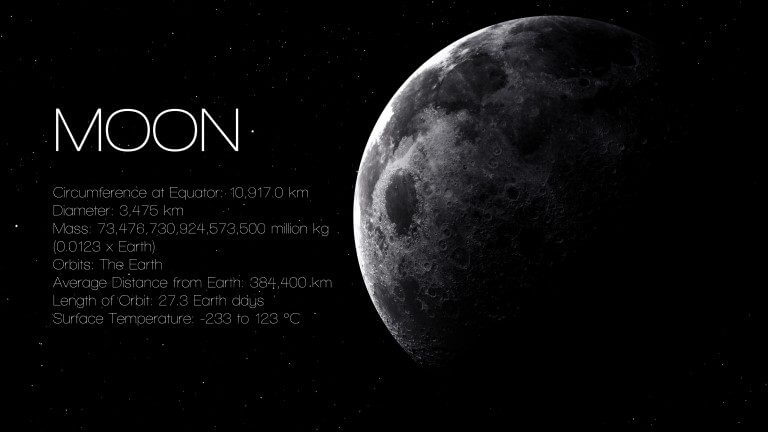 Like always, before we go on to explain the moon in astrology and how it affects the life of a person by influencing their natal charts, we feel like we need to update people on where the moon fits in the whole scenario and what all of this is about. A quick recap would make you realize how astrology works on the movement of planets.

These movements are subsequently translated into our natal charts, which basically show the position of each of the planets at the very time of our birth. Astrologers use these positions to decipher the sign each planet is in and how it would affect our personality. The moon is one of these planets. Well, not technically, but let us try and explain.

The Moon in Astrology

Remember the science class in middle school? The earth orbits the sun, and the moon orbits the earth. That is what all of us learned back then. What if we told you there is so much more to the moon than just orbiting the earth? There is good news because, in astrology, the moon is so much more. As science would have it, the moon is the fastest entity in relative motion when one compares it to the earth. And this little fact speaks volumes about the personality it offers.

This is the exciting thing with astrology; everything is in looking for things. The minutes of facts can lead up to huge revelations. The planets and the moon thus play a significant role, as we explain. The moon in astrology is believed to be the most personal among all the entities. It speaks to us at a level closer than any other planet does, and that is one of the reasons that astrologers in the east hold it in so much high esteem. Its importance can be measured from a small fact that a huge majority of eastern countries actively follow a lunar calendar instead of a solar one.

Is the moon a planet?

This question answers one of the most basic concepts of astrology. In strictly scientific terms, the moon is a body that orbits the earth, or a natural satellite. However, if one is to seek answers to is moon a planet using astrology, they must have to consider the moon as a planet. This does not mean that astrology denies science. It just has a different way of seeing things. Astrology works on the principle of celestial bodies’ movement being translated into lives on the earth.

These celestial bodies consist of everything from dwarf planets, regular planets, the sun, and of course, the moon. The movement of these celestial bodies is then monitored continuously by astrologers all over the world. And this is how the status of a planet-moon is achieved in traditional astrology.

What does the moon represent?

The answer to this is quite simple. However, it can get quite long if one intends to stretch it. Let us summarize it in as best a way as possible. There are a lot of things the moon represents. One of these is our soul and inner being. Where the sun chooses to side with everything physical and on the body, the moon in astrology goes on to side with everything within; the soul, emotions, and the likes. Moreover, the moon is the ruler ofr the Cancer zodiac sign, hinting at its peace-loving nature.

Apart from that, Cancer is known the world over for being a supportive and helpful zodiac sign. It is these qualities that the moon inherits in its struggle to provide a balance to the sheer energy and rage that the sun and Leo bring together.

A typical example is that of one’s acceptance by their family, be it regarding their worldly decisions, their personal decisions, or anything. The moon is responsible for all of this. Any lack in such support hints towards a weaker Cancer zodiac planet in one’s natal chart.

Characteristics of the Moon

The moon planet in astrology has been part of many different directions that offer solutions to problems in life. These naturally come through looking into one’s natal chart. While the sun takes up a prime spot in all of this, the moon, being a fast-moving planet and thus constantly changing its zodiac sign, tends to affect the natal chart in a significant way, as it becomes one of the leading reasons behind a unique natal chart for everyone. Moon astrology thus has been under study by astrologers even today.

It is the common scientific knowledge that the moon is probably the closest natural satellite to planet earth. This gives it a very special place regarding astrological knowledge, and once again, on the natal charts itself. One more reason that astrologers give for this is the absence of earth on the natal chart. The absence occurs because all other planets’ positions are determined in relation to the earth. Because of this, the moon remains the only entity closest to planet earth, and thus bringing everything as near as possible to home base.

In astrology, the moon starts off in Cancer and falls in Scorpio. Hold on to this fact about the moon zodiac as we make a connection that will make you realize how the moon in astrology is a force to be taken seriously. With the natural lack of atmosphere and any winds on the moon itself, there are very few physical changes that take place on its surface.

Quite contrary to this, but still scientifically accurate is the fact that the moon is more prone to asteroids and meteors hitting it because of the same reason. The craters you see on the moon with your naked eye are the ones that have probably existed since the day it came into being. Interestingly enough, you can also still see the footprints of the first moon landing! One can only gape in amazement when astrologers make the relationship that the moon is responsible for holding all of our memories, permanently!

The mere fact that our memories, just like the moon, are susceptible to change given outside interference, yet remain unchanged if untouched. Now look back to what we said at the start of this: the moon falls in Scorpio. And what does Scorpio represent? Change! Again, this is not just a mere coincidence. This is proof of how deeply rooted within the solar system is astrology.

All about the planets and moon

It may often be the case that you turn up reading about the moon when all you did was search online for the July horoscope sign, which would be Cancer. What astrologers describe as a strong moon that is passing through Cancer can do wonders for anybody born in that time slot. This not only lets you take better control of your relationships but also makes you the one who calls all the shots.

While some people may tend to see it negatively, it is in actuality one more step towards a free, independent life where one does have to take any dictations from anyone. The planet moon’s strength gives one the ability to control one’s emotions to such an extent that at a time when there is a complete lack of love, these people can magically summon it to their rescue.

Not a competitor to the sun, but its aide

This statement had to be put out here because of how necessary it is. It is a common perception for people to pit the sun against the moon. One can’t blame anyone for it, though. It only comes naturally seeing two opposing forces cause distortion in the astrological spectrum. The elements of fire and water are prime examples of it. However, the moon is a celestial body just like the sun, and without the positions of either of these, the natal chart would remain incomplete.

Astrologers believe the moon to be a close aide of the sun. Just like according to science the sun gives out light, and the moon reflects it to the earth, astrology follows a similar principle. The moon in astrology tends to use the energy that the sun supplies to a natal chart and harness it to work on a person’s inner feelings and emotions. Hard work on behalf of the moon makes a person strong-willed and in command of their emotions when dealing with tough times. But just in case a birth chart hosts a weak or troubled moon, the effects can be different. The same moon will not be able to channel the sun’s energies as efficiently, thus resulting in weaker control of emotions, sometimes even leading to extreme anxiety and tension.

The Moon and the Memories

A little earlier we hinted at how the moon becomes a storage place for all of our memories, a sort of a permanent dumping place. This mechanism happens because of what astrologers believe to be the moon’s ability to represent the inner self of a person categorically. If you care to look, the sun represents individuality and self, but all this while it keeps its focus fixed on the physical element of it all. The moon is the only celestial body that takes responsibility of the inner side of a man.

Coming back to the memories, the moon’s ability to store it all and show what needs to be shown in times of distress, grief or even joy is the reason it becomes the sole producer of emotions in a human. There is a strong chance that planets like Mars or Pluto come up and try to disrupt this emotional harmony that the moon builds with so much intricacy, one can be sure if they were born in a strong moon that they would ultimately return towards emotional balance all the same and in one piece.

Bringing Family into the Mix

If we were to assign parental roles to the celestial bodies, there would not be much dispute after all. The sun would clearly take the place of the father, being the one looking after each other and providing sustenance. This can easily be represented by astrology as well as nature where the sun truly tends to supply light and energy to the entire solar system, especially the earth. In the same way, the moon in astrology would go on to take the role of a mother, undisputed. This is not just because it represents emotions and care. There is a deeper reason for it.

According to astrologers the world over, the moon additionally represents home, which can be taken to mean as a support system, one’s connection to his cultural roots, and a strong feeling to truly own something. Coincidentally, all of these factors also connect one to their mother!

Concluding with the moon

It is a simple notion. We went on to explain how important of a role the moon plays not just in science, but in helping shape up the birth chart of every human being born so far. Where it clearly shows how emotions, one’s inner calling, and the true self that the only one knows himself is all courtesy of the moon, it is also to be understood that troubles with these areas need to be dealt with proper astrological solutions.

The moon continues to be a very significant part of any natal chart and astrologers still look up to it right after the sun, which has to mean a lot. The only thing to take away from here is to be always cautious of which zodiac signs your planets are going through to always be on top of your astrology situation, for timely solutions to any impending problems.