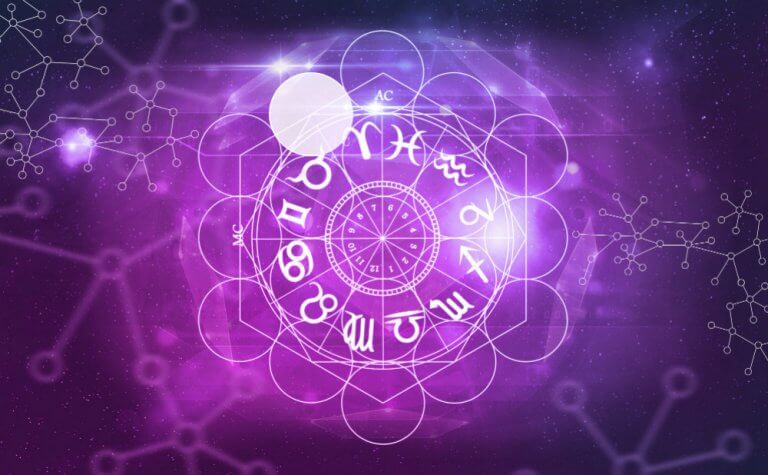 How often have you heard the phrase born on the cusp? It should not be that common. In reality, it is perhaps one of the rarest phenomena that astrology observes. Before we go on into the details that the Aries Taurus Cusp brings with it, let us give you a little insight on what the whole drama is about.

Astrology functions on a lot of different principles and concepts. While the basic rule is always to take knowledge from the movement of celestial bodies, various figures come into play. These include planets, stars such as the sun itself, the moon, the twelve zodiac signs, the 12 houses, four elements, and of course, the cusp dates.

Being born between Aries and Taurus implies dealing with so many mixed feelings. You have always been told that you belong to one sign, but then, you find yourself flirting with the traits of another. As if you had a hard time deciding to which side you tend the most? To the impulsive Aries or the loyal Taurus? It is not an easy choice!

However, you can consider yourself extremely lucky to be among the select group of those Born on the Cusp.

There is a very fitting example to explain astrology cusps to anyone new. To get the perfect temperature of water in winters, you mix the hot and cold to just the right amount. Zodiac signs work in quite a similar manner. Over the period that a sign exists, it does not have the same effect on all the days. Towards the start and end, the personality traits being offered by a sign are weaker as compared to the same right in the middle of the period.

This leads to the birth of cusps. At a point where two zodiac signs coincide or change, it is a very strong possibility that the person born in this slot experiences the personality traits exhibited by both the signs. In strictly astrological terms, this period is three days around the change of zodiac signs. The Aries and Taurus cusp, as you may have guessed by now, talks about the period when the sun moves from Aries into Taurus, thereby changing signs and in the same period giving the people born, multiple sign personalities.

You probably already know how the zodiac signs work. Each celestial body, like the sun, moon, or other planets tend to change their zodiac sign after a certain period, and the sign they are in when a person is born is the one the person takes. However, the first zodiac sign that people are identified with is that of the sun, signaling to what sign the sun was in at a person’s birth.

These signs then move on to give a person a specific set of qualities, skills, emotions, and people have different names for it. The bottom line here is that everything happening in the universe is depending on the stars for its future outcomes. Astrology information about cusps is limited, but it is an exciting concept in itself.

Starting from April 19 and ending on April 22, the period marks the Aries Taurus cusp, otherwise also known as the cusp of power. While it is important to maintain the order of the zodiac signs when talking of cusps, some people also refer to it as the Taurus Aries cusp, just so you do not get confused between the two.

In its entirety, this cusp has a significant influence on it by two planets, namely Mars and Venus, which tend to affect the personalities of the people born in it. It might be a comforting fact to the people born in this time slot that many of the world’s powerful and influential people come from the same slot of birthdays like this one. It is a typical and signature characteristic of these people if one would ask astrology.

More about the Aries Taurus Cusp

Aries Taurus cusp gives its people the motivational drive to work on and weave everything they have got into their success. To better understand such people, think of a person with a thousand resources, who knows which one to use at precisely what moment in order to benefit himself. The stars have not just been merciful in giving power aplenty, but have also given the Aries Taurus cusp man the foresight to use it to his benefit. While on that subject, the Aries Taurus cusp woman is no less, and gets the same advantage as anybody else, lest someone take things differently!

Another interesting notion, one that you may have guessed from the patterns you noticed above is how the cusp takes inspiration from the stars. As it begins from April 19th, the Aries Taurus cusp tends to favor Aries more than Taurus due to it being relatively close to that sign. However, this change and the April 22nd zodiac tends to favor Taurus more than Aries. This is just like the hot and cold example we gave earlier, with Aries being the hotter extreme and Taurus being the colder extreme. Rest assured, being born on the cusp certainly does give you its advantages in the astrological as well as the real world.

An essential part in astrology is looking for compatibility, and people have been convinced of this method to find the right partner for themselves since ages now. The Aries Taurus cusp horoscope provides in-depth answers for that. Compatibility becomes a rather difficult issue at times as the Aries Taurus cusp brings together the elements of fire and earth. These two do not appreciate each other’s company.

While the general perception goes that earth only sits well with earth or water, one can never take it as a permanent solution. It would be important, again, to see which of the two signs affects the person more. This can be known by which sign the date of birth leans towards. Subsequently, any matches for those signs might work as good matches for the Aries Taurus cusp.

Just like we mentioned beforehand, people born on this cusp have a natural flair for leadership and power. You can be sure that the corridors of power, as they are known around here, are sure to be walked by these very people. Another thing we discussed earlier was the role of Mars and Venus in building personalities of the people born on the Aries Taurus cusp.

It is so that Mars is the planet of war, bringing fire and fury to its people as a gift, while Venus is the planet of love and pleasure, harnessing that fire and fury into control over people by making a person understanding and compassionate towards the people, building up leadership qualities. With an Aries Taurus cusp man, it is never an effort to radiate power and influence, it all comes naturally. This is thanks to infinite amounts of confidence and pragmatism that these people exhibit.

The Combination of Venus and Mars

As the rules in astrology go, everything is governed by the planets. And in the case of the Aries Taurus cusp, Venus and Mars play a major role. Apart from the power and influence, these two planets also come together to give their people unchallenged determination and willpower, be it for pleasure (as Venus has it), or for war (for Mars).

This leads astrologers to the conclusion that the motto of any Aries Taurus person would be work hard, play harder. And there’s nothing wrong in it, after all, they’ve earned it.

Taurus also brings about a significant change in the personality of an otherwise Aries person. Although this statement is pretty generic, and everybody can find something to gain from here, an Aries Taurus cusp personality, however, has a lot to learn from this. If these people can learn to harness their angry behavior, they can also excel in the art of diplomacy and strategies.

While these people generally tend to work only in black or white, discovering and then adopting grays is another field they can find great success in. Moreover, with Venus in the mix, these people are very culturally rich and love to show off the art they buy or the luxuries they live in.

Although not always impartial, an Aries Taurus person is always expected to be generous. And why would they not be, with the power and influence they bring? But this, sadly, is often only for the people who they see as loyal and dedicated. In some people’s opinion, this is a good approach as only the people sincere to their superiors should get favors, but looking at it as a commoner, it does seem a little unfair at times.

Furthermore, with years of hard work, planning, and efforts leading them to the power places, Aries Taurus people begin to believe that they know everything there is to the part of success. Some may believe it to be showing off, but this confidence is the reason behind their success. And who knows? There really could be some helpful tips for the advice they give.

Lastly in the qualities that the Aries Taurus cusp brings with it, is extreme and unquestionable perseverance. This will to get things done once they have been started, come what may is another indicator of how well-versed these people are with difficulties. The only thing to remember about these people is to respect their leadership, and never challenge them in their areas of expertise since they are very prone to taking it personally. As for the rest, these are highly unique individuals, which you must agree to by now.

Just like the zodiac signs bring positive energies to a person, there are negative effects too that one should be aware of. However, just like the positive energies are useless if not taken due advantage of and practiced, sharpened with time, the negative ones also can be easily subdued if worked upon right from the start. For an Aries Taurus cusp, it is all dependent on which sign’s negative traits to adopt given which sign your date of birth lies closer to.

While Aries brings with it anger and an uncontrollable temper, Taurus is home to rigidity and poking one’s nose in everybody’s business. Like we discussed in the positive traits section of how Aries Taurus people love to advise because they feel they know everything from their struggle, turns out too much of it is bad. This act of handing out advice often takes the form of toxic levels of pride, which as we all know, is bad not just for one’s self but the people around him too.

One other problem that needs to be tackled by the people of the Aries Taurus cusp early on is the habit to be insensitive at times. Realizing that as a leader, one must hold the people in the highest regard, it is imperative that you take great care of their feelings too. A person never becomes a leader without the support of his people, and such an attitude can drive any person away from you before you even get a chance to explain yourself.

The last point would be an extension to the previous one. Like we mentioned before about how the Aries Taurus cusp allows a person to only see in black and white, it often makes them more straightforward in their opinions than it is necessary. This, although truth in the entirety, may cause problems in the future. So, the advice here is to learn to sugarcoat your words to be able to perform better in the corridors of power that are to be your destined home!

Before we finish, let us tell you that whether you are born on the cusp or not, you are just as unique as anybody. All you need to do is discover your skill set through astrology to capitalize on all the opportunities life throws at you.