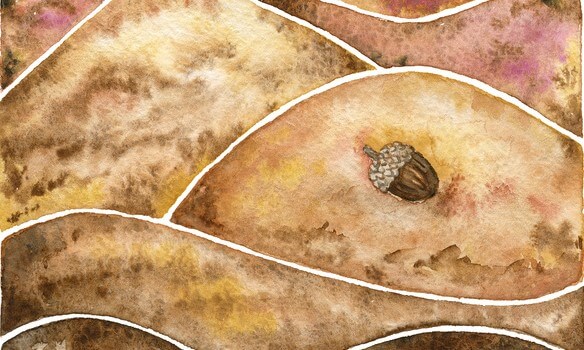 In Astrology, the Zodiac signs and their assigned elements Earth, Water, Fire or Air are integral to providing meaning to the human experience through our relationship with the heavens and element earth. As with almost all of the processes prior to the age of technology, knowledge was amassed via observation. The Greek philosopher Socrates is attributed with the statement,” Wisdom is found in Wonder”. Socratic philosophy is based on the belief that the human pursuit of knowing what one does not already know, is at the core of all human progress.

The Astrology information accrued by mankind vis a vis their acute observations of their surroundings, such as the 4 elements of Earth, Air, Water, and Fire, as well as what the heavens unfolded in the cyclical changes of the Sun, Moon and Season’s, was ultimately formulated into the scientific study of Astrology. The Earth element symbols are aptly described in the Latin phrase, “terra firma” or solid ground. It is within the Earth element meaning that a “firm footing” is proffered in foundational support of all of the four elements of Astrology.

The element of earth and most of the traits traditionally connected to that element can be found in Tarot (the suit of pentacles) too.

The Earth Element Symbols of the Zodiac

The Zodiac was designed to include 12 specific constellations with individual planetary symbols, personality traits, and elements. Given the mathematical nature of Astrology, there is an imaginary path along which the Zodiac signs are exactly 120° equidistant from one another. This imaginary path is called the ecliptic. Three is an essential integer, as the Zodiac signs are bound together in what is referred to as triplicities according to their position in the Zodiac. The season in which a Zodiac sign falls is determined by the dates in which a Zodiac sign is prevalent. Therefore, the seasons are critical to the assignment of the Four Elements of Astrology, Earth, Fire, Air, and Water to a Zodiac sign. Given the triplicity nature of the ecliptic, what are the Earth signs of the Zodiac?

The Earth Zodiac Signs are Taurus, Virgo, and Capricorn. As the Earth element meaning conveys the nature of “terra firma”, each of the Earth signs of the Zodiac is grounded in their Earth Element personality traits of practicality, stability and clear sense of purpose. These traits and others are reflected in their Earth Element Zodiac Symbol. Taurus is represented by the Bull, Virgo by a Maiden and Capricorn by a Mountain Goat. Elements of Earth personality traits are often characterized by words and phrases that suggest a reasonable, steady nature that is keyed on a financial success that breeds materialism and a settling into a routine. The flip side is stubbornness, plus rigid and uncompromising behaviors.

The Element of EARTH and the Planetary Houses

Every sign of the Zodiac is numbered according to their placement on the ecliptic. These numbers not only refer to their placement but also their planetary “ruler”, also known as a “House of the Zodiac”. The Houses represent very specific personality traits for each Zodiac sign and their elements. The numbers also represent how various Zodiac signs orient themselves to the world. Planetary Houses number one through six are self-directed and are called the “Personal Houses” Numbers seven through twelve are concerned with their connections with others and are called the “Interpersonal Houses”. The Houses of the Element Earth Zodiac signs are the Second, Sixth and Tenth. The Second, Taurus and the Sixth, Virgo are Personal, more self-directed personalities with the Tenth, Capricorn being directed toward others, rather than the self.

The Element of EARTH and the Qualities in Astrology

The Qualities in Astrology refer to the weighted energy of how each Quality orients itself to the outer world. The Qualities are Cardinal, Fixed or Mutable. The Earth Element triplicity is representative of each Quality. Capricorn in the Tenth Interpersonal House is a Cardinal Quality which indicates a preponderance of self-motivated leadership and initiative qualities. Taurus in the Second Personal House is a Fixed Quality which indicates a preference for deeper, more stable interconnections with others. Virgo in the Tenth Interpersonal House is a Mutable Quality which is indicative of a proclivity for change as in going along with the ebb and flow of life.

The Earth Element Zodiac sign of Virgo is ruled by the Sixth House of the Zodiac. Situated in the dead center of the Zodiac, the Sixth House represents precision and an exacting attention to detail. Virgos tend toward efficiency and methodical behaviors in completing any task no matter how large or small. Virgos are particularly proficient with any type of investigative work as they thrive on sifting through the minutia. However, their relationships can be sacrificed if their attention to detail becomes obsessive. “Capable” is a word frequently used to describe a Virgo female. In general, Virgos are intelligent, committed and in possession of common sense.

The Earth Element Zodiac sign of Capricorn is ruled by the Tenth House of the Zodiac. The Tenth House resides at the very top of the Zodiac chart which places it in a high-profile Interpersonal position. The mountain goat as the symbol reflects the nature of Capricorns to want to reach the top in all of their endeavors. True to their Earth Element personality, they are driven to achieve and in general choose a career path in which they will excel. Many of their achievements are due to their abilities to be strategic, responsible and persistent. They are very goal-oriented with the patience to carry out their plans methodically. The underside of Capricorns is found when outcomes are not what they planned. They can easily become pessimistic. When they are in “overdrive” they can be ruthless and rigid in pursuing a goal.

The inherent character of the steadfast EARTH Element personality traits preordains difficulties in achieving an emotional balance, as emotion is not a quotient that is comfortable within their ways of being. Although each EARTH Element Zodiac sign is unique, there is literally “common ground” found in their proclivities for reliability, practicality, stability and commitment to home and hearth.

All EARTH Zodiac signs tend to be somewhat immovable in their views and routines. When this “set in their ways” attitude moves from being merely steadfast to outright stubbornness, personal and professional relationships can be negatively impacted. The Earth Zodiac sign Taurus finds its personality traits within the Second House of Rewards and its emotional influences on its ruling planet Venus. The feminine energy of Venus softens some of the more “bullish” aspects of the Earth Element Zodiac sign of Taurus in pursuing material and sensual rewards.

The Earth Zodiac sign of Virgo in the Sixth House of the Zodiac is emotionally influenced by the planet Mercury, named for the wing-footed Roman Messenger God who could carry information between various layers of existence. Mercury within the context of the Earth Element sign and the Sixth House of precision and attention to detail influences the ability to link our mental capacity of ideas, with our physical capacity to generate an organized, methodical routine to bring our ideas to fruition.

The Earth Zodiac Sign of Capricorn in the Tenth House of High-minded pursuits is emotionally influenced by the planet Saturn. Saturn’s emotional influence on the Earth Element Zodiac sign of Capricorn is found in the dictum, “with great heights comes great responsibility”. In other words, nothing is achieved without hard work and dedication. There are no shorts cuts to success with Saturn in the mix. Saturn is about order, concentration and perseverance which is consistent with the grounded nature of the Earth Element.

Self-Knowledge and the Four Elements in Astrology

Stress has had an overwhelming impact on the physical and emotional well-being of modern humankind. The “fight or flight” response that was so critical to the survival of the species, has now played a major factor in the prevalence of physical and mental breakdowns. We rarely take the time to create “calm” in order to recover, which leaves us in a state of always being at the ready to fight our modern day saber-toothed tigers.

America’s philosopher, Benjamin Franklin is quoted as saying, “An investment in knowledge pays the best interest.” Astrology is an investment in learning about one’s self in order to have a better understanding of one’s own place in the scheme of life.

Beyond understanding innate personality traits, being aware of the possible imbalances that exist within each Zodiac sign that may be contributing to the impact of stress on one’s life and relationships is highly beneficial. This knowledge affords the opportunity to either avoid or correct damaging personal behaviors while enhancing those that positively contribute to our well-being.